Member of the General Division Australia

It is our great pleasure to inform you of a wonderful accomplishment from one of our members, Dr. Vijay Kumar. Vijay has been awarded an appointment as a Member of the General Division of the Order of Australia as of January 26, 2017.

The Order of Australia is an order of chivalry established on 14 February 1975 by Elizabeth II, Queen of Australia, to recognize Australian citizens and other persons for achievement or meritorious service.

Vijay’s medical career began in 1974 when he came to Sydney to work at St. Vincents Hospital and later Liverpool Hospital. For over 20 years now he has worked at Westmead Hospital at the Department of Nuclear Medicine, where he is currently a principal radiopharmaceutical scientist. He is also currently Treasurer and Governing Council Member of the World Federation of Nuclear Medicine and Biology. Until last year he was the President of the Australian and New Zealand Society of Nuclear Medicine. In addition, he is a consultant scientific expert for the United Nations IAEA, where he has aided in establishing nuclear medicine facilities in many SE Asia and African nations. He is also currently on the board of directors for ISORBE. His research interests include designing radiolabeled radiopharmaceuticals in pre-clinical animal studies, which are then used in clinical patient studies. His work has aided in developing Ga-68 labeled PET agents for imaging prostate cancer, bacterial infections and neuroendocrine tumors, as well as imaging agents in F18 FET for brain tumors.

Vijay has made a meaningful impression in the field of nuclear medicine and we are very pleased that his achievements have been recognized and awarded with such a remarkable award!

Congratulations Vijay from all of us at ISORBE! 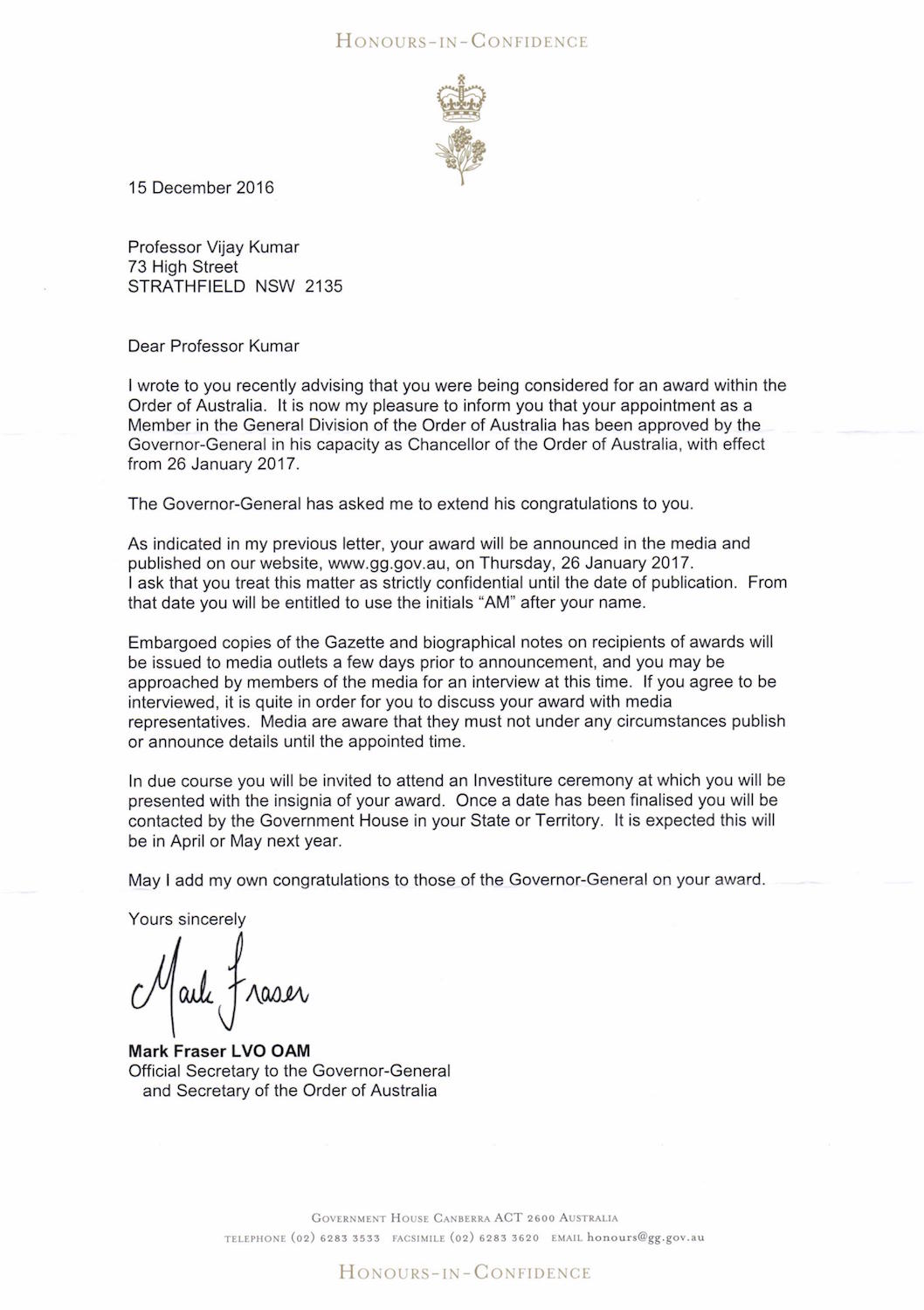 On May 19th 2016, Helmut Sinzinger received the honorary membership of the Slovak Society for Thrombosis and Haemostasis as only the 3rd in their history. A couple of weeks before he was already honoured for his “great scientific achievements and his outstanding merits for the Viennese Physicians Society” founded 1837, with the most prestigious Billroth- medal named after the most important and long-lasting president, the well-known Viennese surgeon Theodor Billroth. 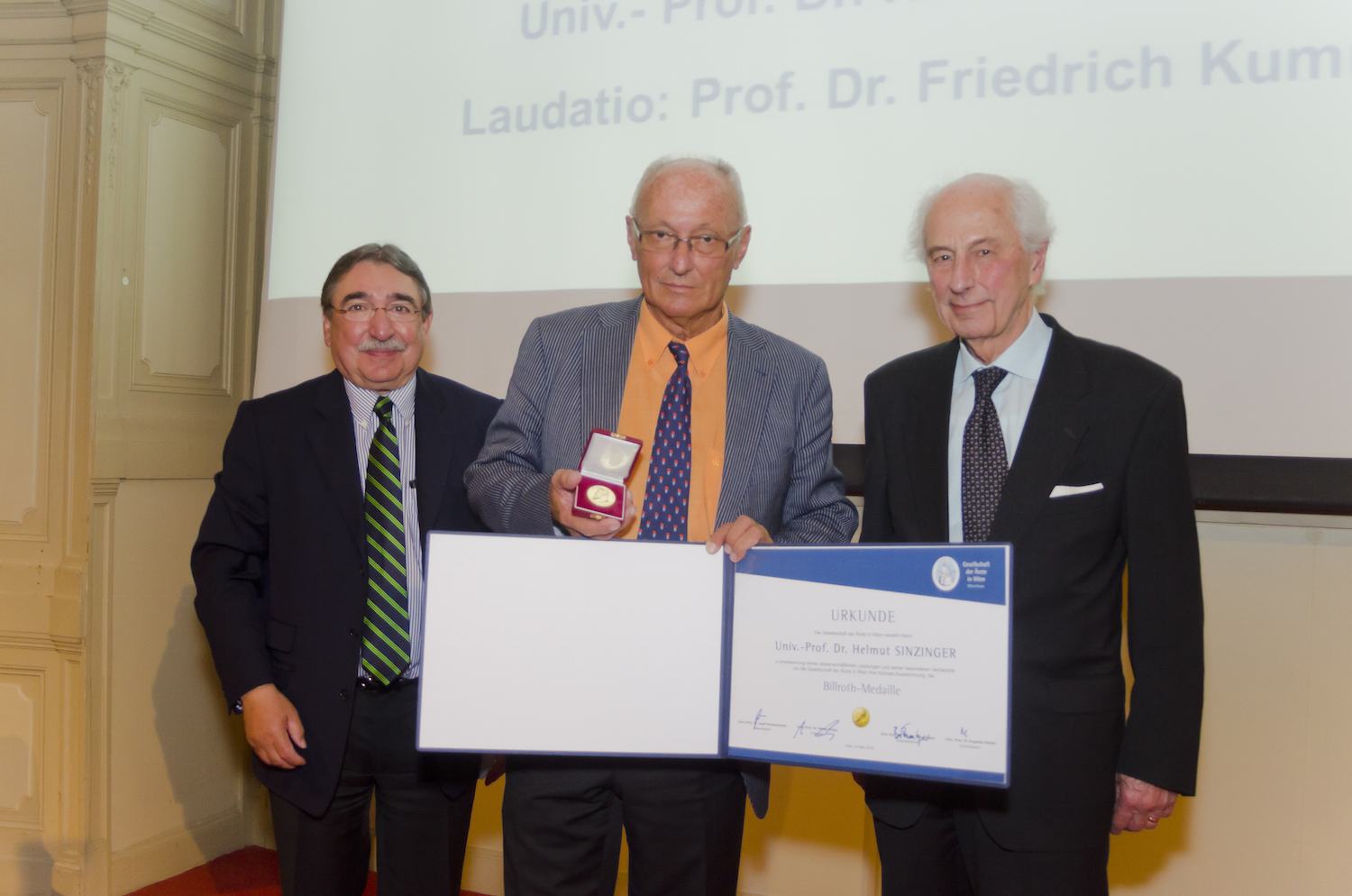 ISORBE was established in 1989. During the one day ISORBE session on August 29th, 2014 at the 11th congress of the World Federation of Nuclear Medicine and Biology, ISORBE had chosen to celebrate its 25th anniversary, the Silver Jubilee. ISORBE presidium had asked Mathew Thakur, one of its founding members, its first president, and the first John McAfee Gold Medalist, to do the following three things;

Mathew provided, for the benefit for those who may not have known, a brief history of his work that began in 1974 in collaboration with late John McAfee, MD, and the work Mathew carried out subsequently with his other collaborator. These important milestones are listed below in Table 1. This led to the foundation of ISORBE in 1989 and this exciting field, which has further grown and continued to contribute so much in the field of Nuclear Medicine and Molecular Imaging.

2. To honor the past presidents of ISORBE: 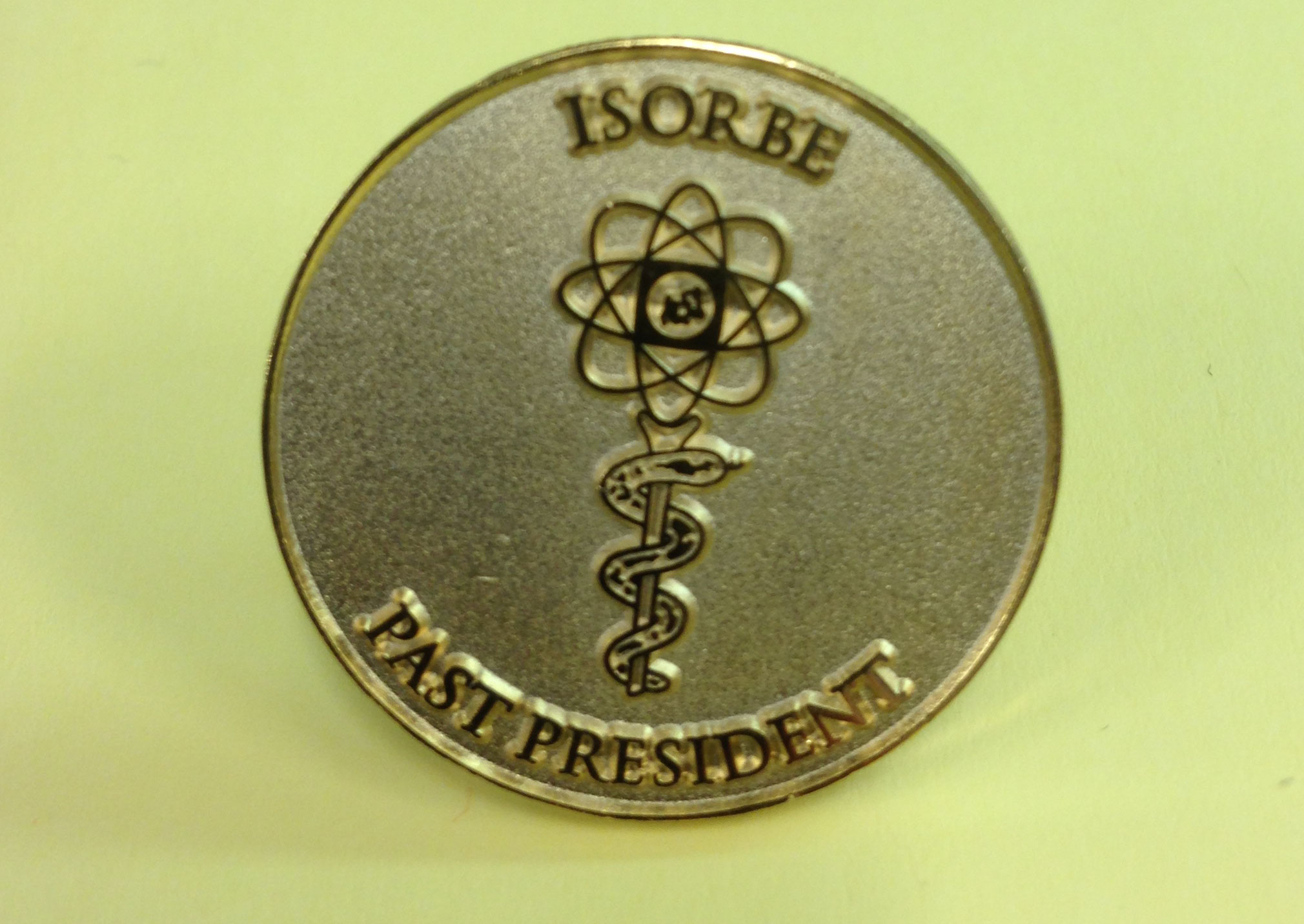 On this occasion of the Silver Jubilee of ISORBE, the presidium had chosen one of the founding members of ISORBE. Not only has this person helped found ISORBE, but he also helped Mathew and John McAfee to establish ISORBEs constitution and its registration in Vienna, Austria as an International Society. Over the past 25 years, this individual not only served as the president of ISORBE, but worked diligently to enhance its growth, educational activities, and preserved and protected the ISORBE constitution. Needless to add that he also made and continues to make intellectual contributions to the field of ISORBE. That person and the recipient of the second John McAfee Gold Medal was Dr. Helmut Sinzinger.
Mathew and the president Sathekge thank Helmut and offered him the medal, the inscription of which read as below:

A photograph taken at that historical event is given below.

We congratulate Helmut for this honor, well deserved.

CERTIFICATE FOR RADIOLABELING OF BLOOD ELEMENTS 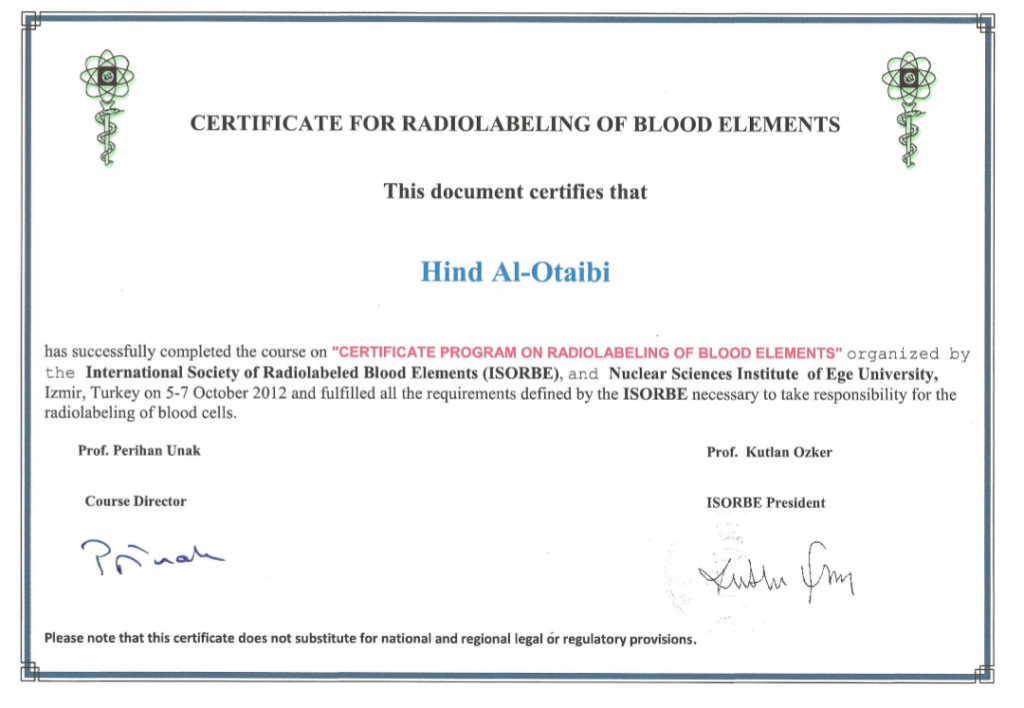 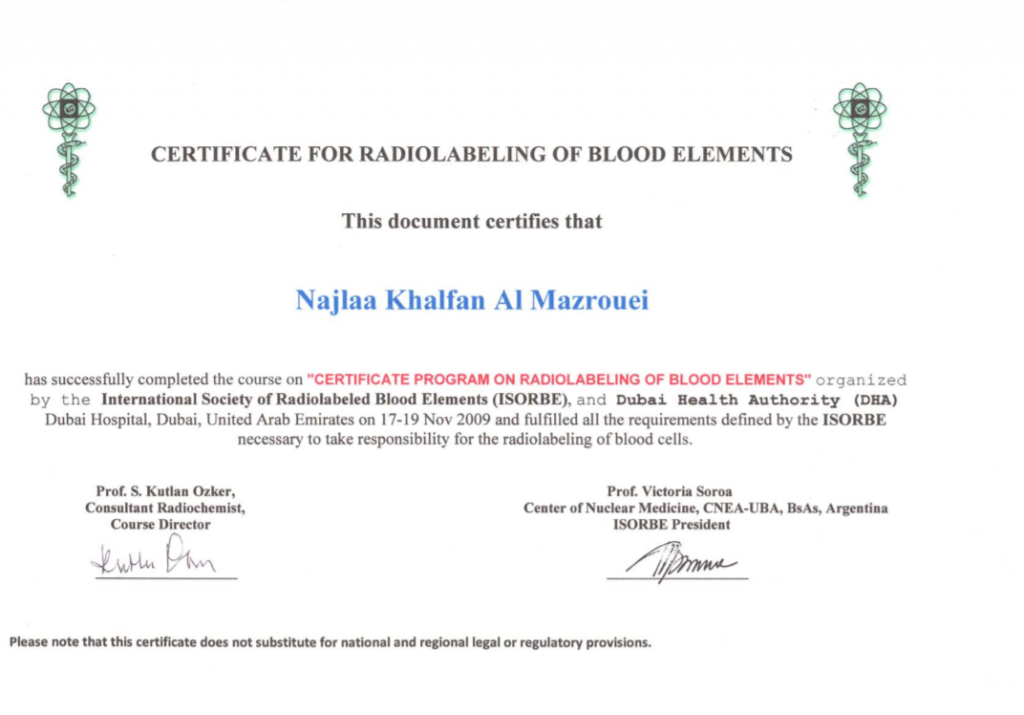 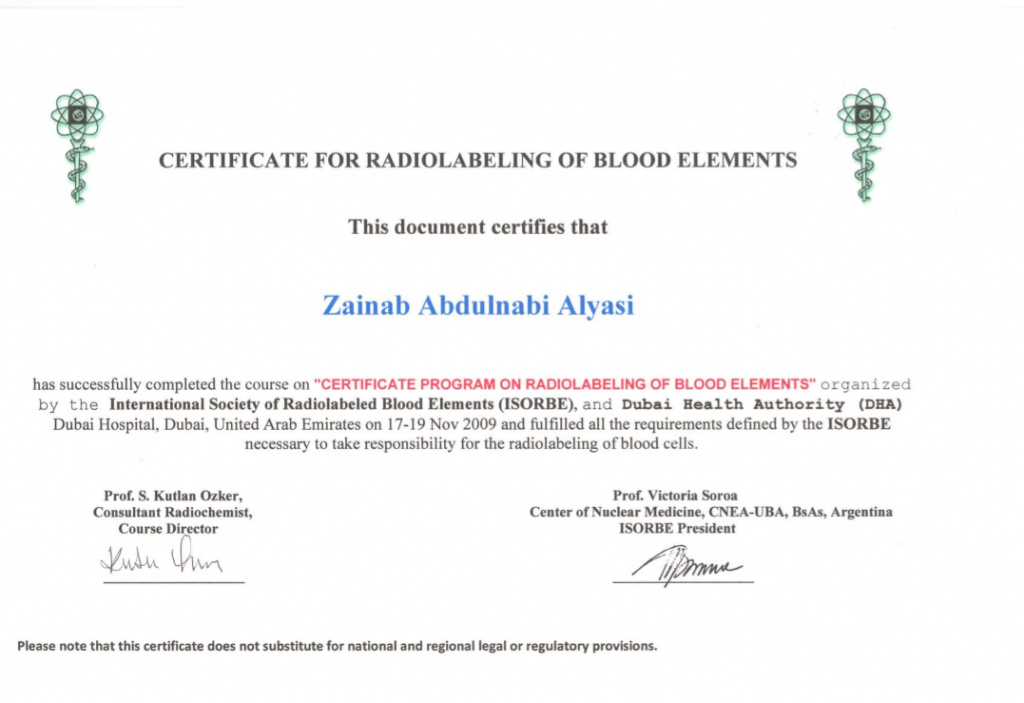 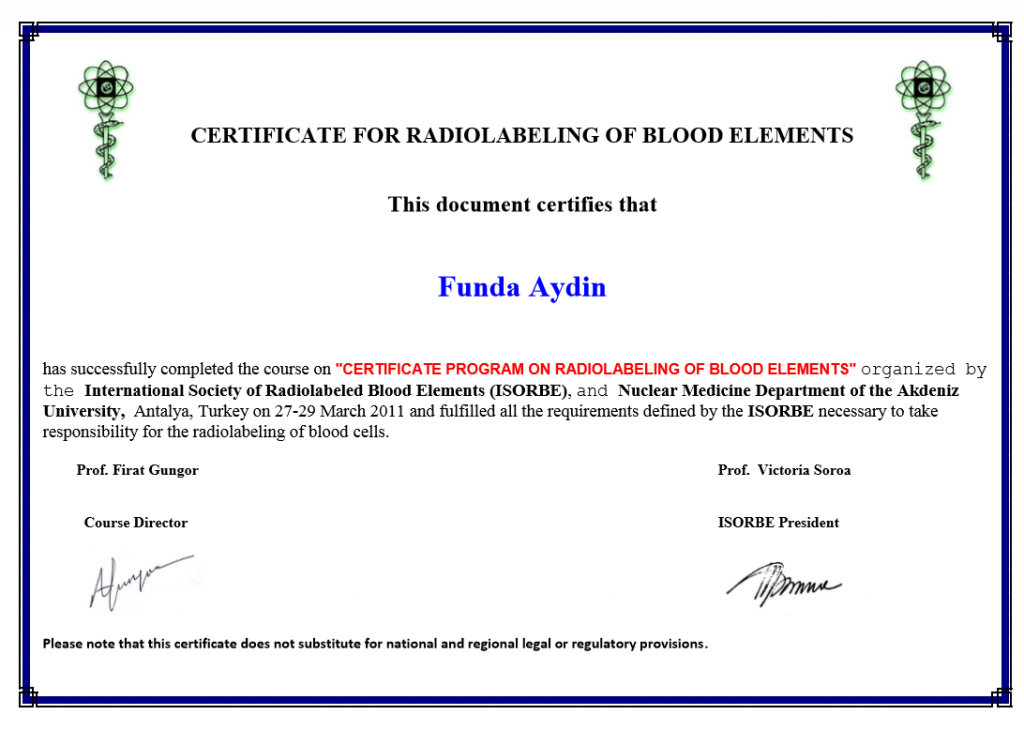 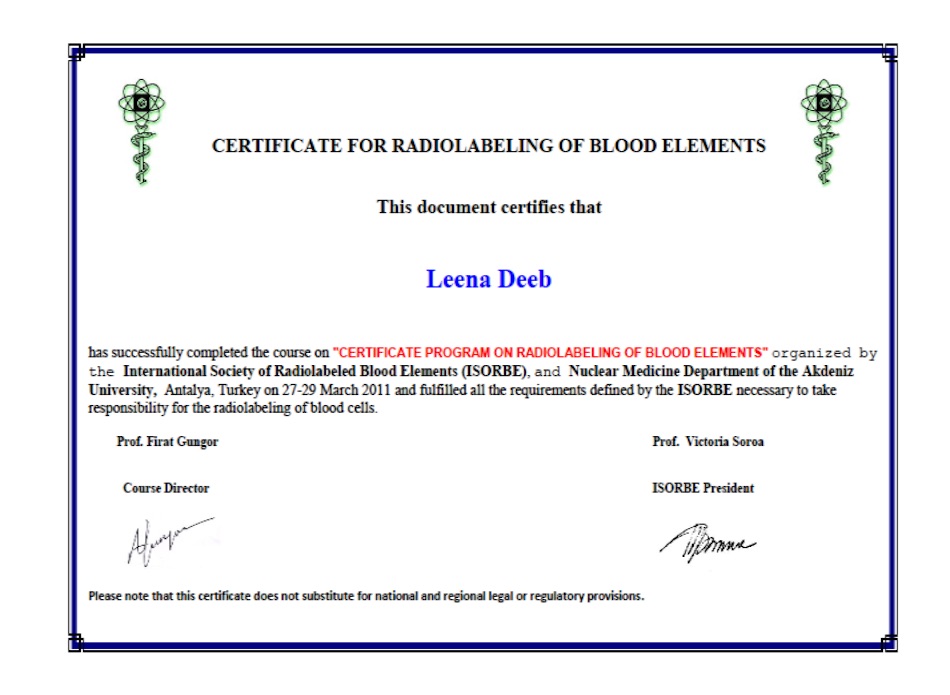 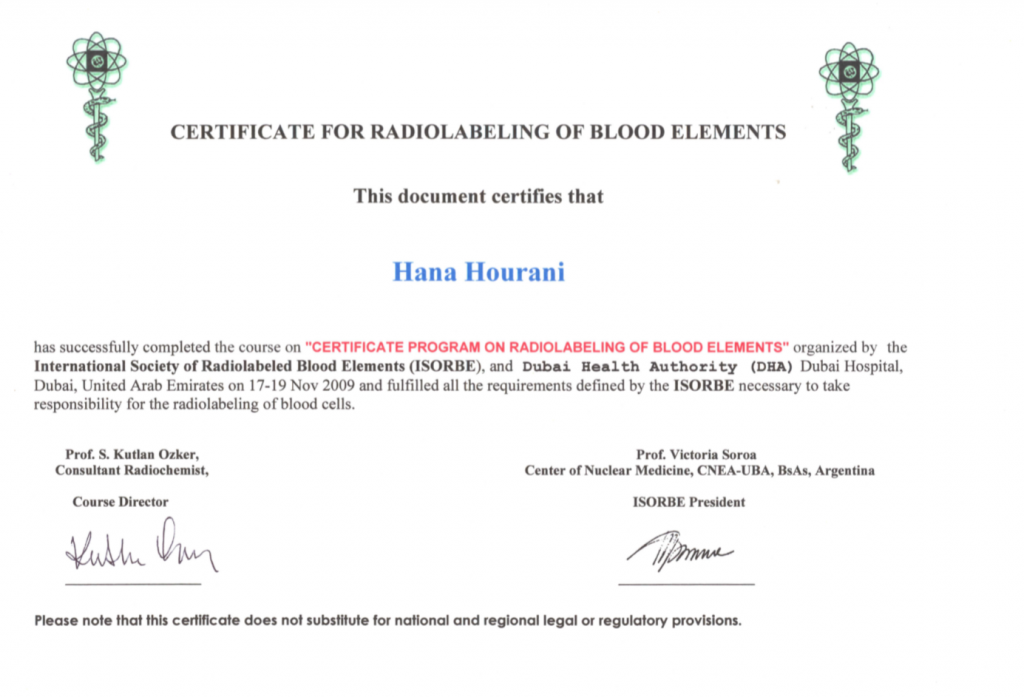 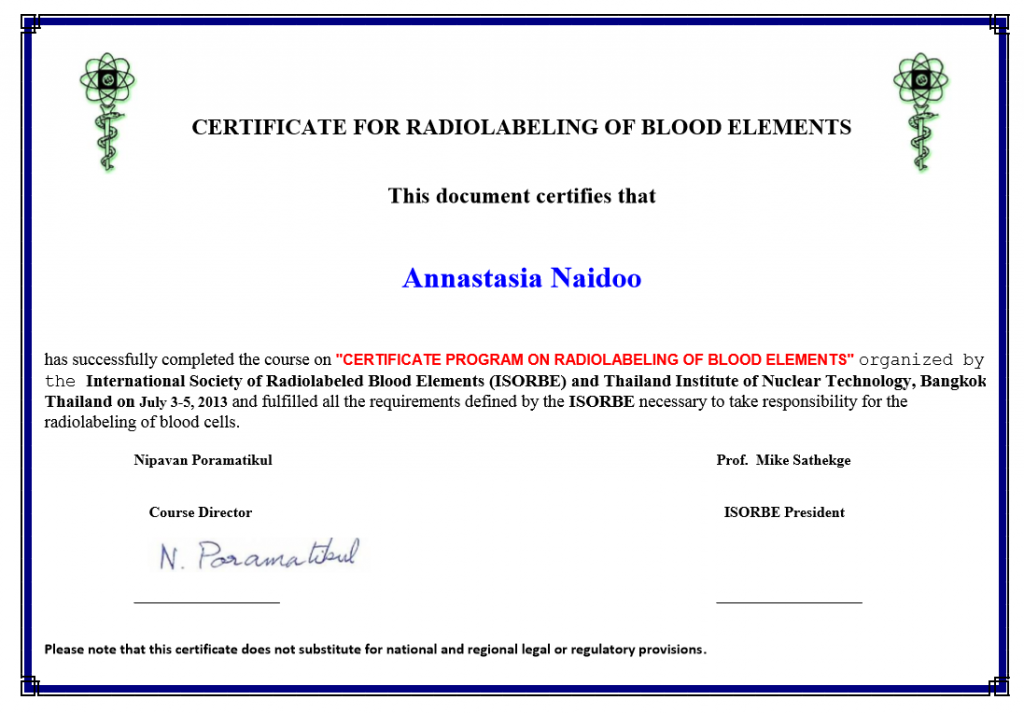 The Mc Afee Medal
The following qualifications are necessary to be eligible for the award:

W.  Becker’s Travel Award
There are 3 travel grants (of EUR 500 each) for young investigators who will submit an abstract to the
forthcoming ISORBE Meeting in Nijmegen, The Netherlands (March 31 – April 2, 2011)

Dr.Alejandro FERNANDEZ (Spain)
“PET/CT with 18F-fluorodeoxyglucose in patients with fever of unknown origin”

Dr. Calogero D’ALESSANDRIA (Italy)
“Use of a 99mTc-labelled anti-TNFa monoclonal antibody in Crohn’s disease and in
rheumatoid arthritis: in-vitro and in-vivo studies”
at the 11th ISORBE Meeting in Coimbra, Portugal, April 2003 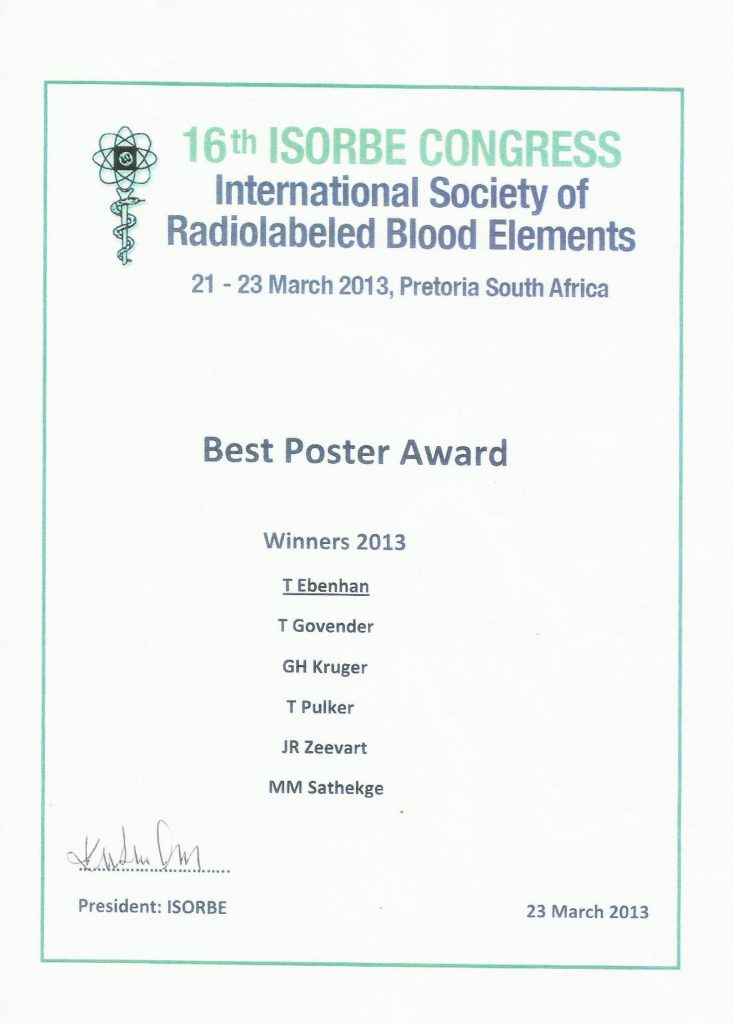